Berber carpets from Morocco are famous around the world and are one of the most celebrated folk art rug styles of all time. You will find them in many modern homes, stores and even offices. Nowadays a lot of prestige designers and stylists use them for their interior projects. Amongst them is Yves Saint Laurent, who has a love affair with Morocco and Berber art in particular. Back in 1966 he visited the country for the first time and fell in love with it straight away (a blog post about this incredible designer and his relationship with Morocco will follow soon). Berber carpets come both in traditional and modern designs and are distinguished by different fabric textures, dyes and knotting patterns. The beauty and durability of these carpets are just a few of the reasons for its popularity. But what is the story behind these rugs? Where do they come from? What is their fascinating history? Read on and you will find out..

Berber carpets are handcrafted by Berbers or Imazighen (in their own language). The Berbers are an ethnic group indigenous to North Africa and the Sahara. They live in scattered communities across Morocco, Tunisia, Libya, Algeria, Mali, Egypt, Mauretania and Niger. Amazigh historically was identified as meaning “free-man” with suggested connections to “aze” which means “to be strong” in Taznatit or “jeɣeɣ” which means “to be brave” in Tamasheq. The Berbers represent dozens of distinctive tribes. Even the famous Beni Ouarain group alone represents about 17 of them with each of them having their own symbolic dialect and weaving style.

The origin of Berber carpets has been traced back to the Stone Age and with the lack of a standard written language, the Berber weavers of the past incorporated the myths and legends of their ancestors into their textiles through symbolism. It’s interesting once you realize that each carpet actually is a doorway to the past and that Berber tribes of Morocco and Algeria may be the last link to distant origins. Due to many centuries of remote isolation, the Berbers carefully preserved their heritage of technique and knowledge. 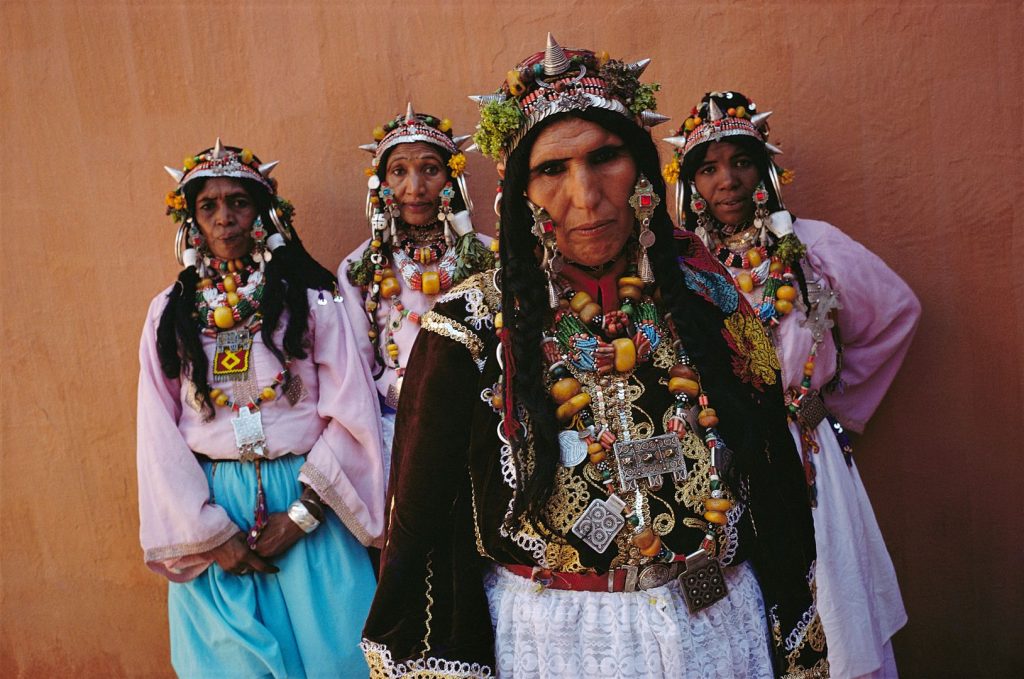 Berber weaving is completely depending on the female culture and passed down traditionally within the home. Berber women were responsible for keeping and passing down the knowledge that went into making these rugs, including family pattern secrets. They preserve their heritage through messages in wool. The different looping techniques, color ranges, motifs and patterns are taught at a very young age and each generation of girls is responsible for passing it on to the next. These women have a story to tell and each story is represented in their carpets. Some of them represent a personal experience and some carry more of an ancestral message. It’s a narrative about life rituals (birth, fertility) “told” by Berber women.

Now that you’ve read this post about the rich heritage of these beautiful carpets, we hope you’ll appreciate them even more!